Spring is the best time of the year. It is the time for renewal — out with the old and in with the new! Thus, we are happy to present you with a renewed and improved Nine to Five development roadmap! Sit back, get a drink, and read about changes coming to Nine to Five END_OF_DOCUMENT_TOKEN_TO_BE_REPLACED

Spring is the best time of the year. It is the time for renewal — out with the old and in with the new!

Thus, we are happy to present you with a renewed and improved Nine to Five development roadmap! Sit back, get a drink, and read about changes coming to Nine to Five in the upcoming months.

In March, we kicked off the Performance Re-Evaluation task events. 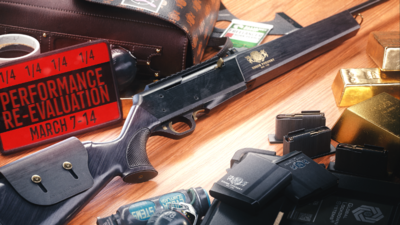 Nine to Five EventMon, March 7, 2022New Task Events — March and early AprilMercs, it is time for your regular performance evaluation! We present you with new task events arriving in March and early April — Performance Re-Evaluation 1-4 and the Merc’s…
These events bring back The Preacher assault rifle, Old Salty double-barrel shotgun, ML-SMG 40, and the Mohave Armors. So, if you did not manage to get this killer merc gear the first time, now you have a second chance! If you have already unlocked all of these, you can still participate and get additional upgrades and extra rewards.

April starts with a brand-new task event — Merc’s Choice, and this time players get to choose the rewards!

Two weeks before the event, we will run a poll on our Twitter and Discord, where players can vote for one of four bundles. Each bundle will include a primary and secondary weapon, armor set, and a badge or a sticker. All rewards will have premium skins as seen on the Nine to Five Marketplace.

In late April we plan to release a smaller update that will add more in-game events, fix bugs and implement other smaller changes before the major update comes in late May.

Our May update is still under development, and we cannot give you too many details about the content and changes coming in yet, however here are a couple of things you can expect.

That’s all for now! If you have any questions, feedback or suggestions, reach out on Steam or on our Discord server!